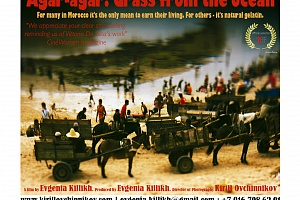 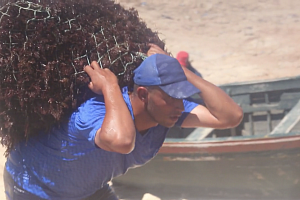 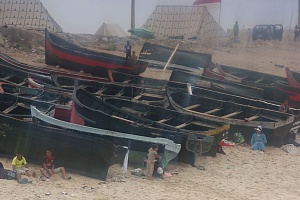 The film is about red algae catcher's work on the Atlantic Coast. For many in Morocco it's the only mean to earn their living. For others - it's natural gelatine.

Agar-agar is a product obtained by extraction from red seaweed. It's a natural vegetable gelatine counterpart used in the food processing industry, especially wide - in the confectionery industry. Algae catches in Morocco manually cut the plant from the ocean floor with a high risk for their lives spending sometimes 8 hours per day in a wooden boat. They bring algae ashore and dry it in order to sell it later for a few dirhams to the state. For many in Morocco this is the only possible mean to earn their living.
﻿