The aim of the Market is to promote Russian documentary industry, as well as to give up to date information to international filmmakers and decision makers about current state of the industry in Russia.


Industry directory is a database with the films and projects, made with the international potentional, which were selected to international film festivals and industrial events. Currently we are working on the screening library, which will allow decision-makers to watch full films and read full project information using the private access area!
Join our newsletter and get updates about new Russian films and projects, as well as news of Russian documentary industry!


You can download print version of the catalogue from this link (PDF File). 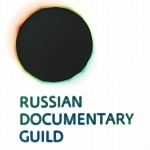