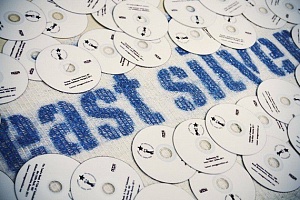 For the 3d year in a row Russian Documentary Film and Television Guild with the financial support of the Ministry of Culture of the Russian Federation is engaged in promotion of Russian movies on the international arena.

In 2015 the Ministry of Culture has given a subsidy for the supporting of non-fiction movies at the 3 key industrial events:

At the moment the results of selection at the film markets East Silver Market, DOK Market and also at the film festivals Jihlava IDFF and DOK Leipzig are announced.

East Silver market which is held at the platform of Jihlava International Documentary Film Festival from the 27th of October to the 1stof November 2015,- is a documentary film market which supports producers and distributors from the Central and Eastern Europe.

This year the organisers have seen more than 600 submitted films. The market video library will open in Jihlava with more than 280 recently finished documentaries, together with 100 films from the festival programme.

A printed catalogue of the market is issued annually in October and includes the information about all selected movies. This information is also available on the website www.eastsilver.net.

In order to highlight the most outstanding documentaries, the film market gives Silver Eye Awards. International jury, which consists of industry professionals, awards the best documentaries in three categories: Short, Mid-length, Feature. The winners get a money prize – 1500 euro and one-year festival service of the East Silver Caravan – a special selection of top quality documentary films gets submitted to 120 prestigious documentary film festivals throughout the whole year.

Russian movies in the market which are supported by the Documentary Film and Television Guild:

DOK Market which is held at the platform of the DOK Leipzig documentary film festival will be working from the 26th of October to the 1st of November 2015.

Russian movies in the market which are supported by the Documentary Film and Television Guild:


The official representative from the Guild at the events will be the vice-president in charge of the international promotion of the Guild Vladislav Ketkovich.

Vladislav Ketkovich: «Participation at film markets and festivals although indicates the recognition of film, but in terms of realization of rights, in terms of sales – it’s only the first step. Then a director or studio-maker should negotiate with interested partners, look for a distributor or work directly with TV channels that want to buy films.

The Guild can help to represent movies at the film markets, to recommend them, to include them in the catalogue and etc.- in other words, to implement a variety of measures which will help producers with the international promotion and the following possible sales of their movies. But the main job about preparation for the sale, anyway, lies on the producers’ shoulders. Good luck! »

The special international distribution catalogue of best Russian non-fiction films, issued and printed by the Guild, will be presented at the film markets. It contains the information about Russian documentaries-participants of the East Silver Market, DOK Market, Docs for sale and the festivals Jihlava IDFF, DOK Leipzig, IDFA and also about movies created by the members of the Guild in the 2014-2015 years and about projects which are still in progress but have the potential for the international promotion

Within the program for the international promotion of the Russian documentaries realised by Russian Documentary Film and Television Guild in cooperation with the Ministry of Culture of the Russian Federation, the cost of the promotion will be compensated within the approved budget.

We congratulate the directors of the selected movies and wish them to be successful at the markets.