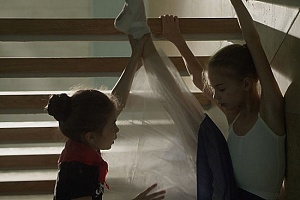 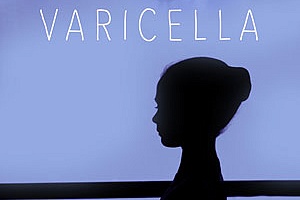 An affectionate portrait of two young sisters studying ballet in Saint Petersburg and preparing for an important assessment.

Seven-year-old Polina and her 13-year-old sister Nastia live and breathe ballet. Both of them are studying at the Boris Eifman Dance Academy in frigid Saint Petersburg. They’re currently awaiting their grades to find out if they’ve done well enough to be promoted to the next year, with Nastia lovingly guiding her little sister through the process. But in the meantime, Nastia also has to deal with the high demands that the academy places on its students. Director Victor Kossakovsky has had a long association with IDFA, and he was the festival’s guest of honor in 2012. Here he uses only sparse dialogue, choosing to let the partly animated images speak for themselves. The gorgeously styled shots are sometimes calm, even clinical, and sometimes warm, lively and funny. But there are also moments of sadness, because anyone who wants to make her dream come true has to work hard for it, and confront her own limitations along the way. Varicella is about passion and success, and about the tender bond between two sisters who share a dream. “Dance with an open soul,” Nastia says to Polina when she starts doubting her abilities. In the end, even the roller blinds in the rehearsal room dance along with them.

About the film director Victor Kossakovsky:
Viktor Aleksandrovich Kossakovsky (born 1961 in Leningrad) began his career in motion pictures at the Leningrad studio of Documentaries as assistant cameraman, assistant director and editor in 1978. In many of his films, Kossakovsky plays the role of editor, cinematographer, writer, and director. The film Tishe! (Hush!) was made from footage that Kossakovsky filmed outside his bedroom window in St. Petersburg.[1] The film was a festival success in 2002.[1] He graduated from the Higher Courses of Film Writers and Directors in Moscow in 1988.[2] In 1993, his first feature Belovy (The Belovs) won both the VPRO Joris Ivens Award and the Audience Award.[citation needed]

He has begun his own film production company in St. Petersburg Kossakovsky Film Production, with the objective of creating a cinema of poetics and reality.