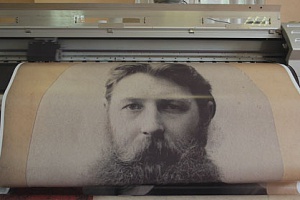 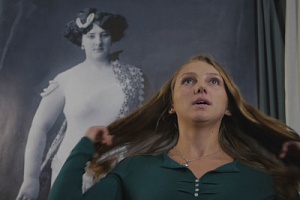 Title: Optical Axis
Title in Russian: Оптическая ось
Production company: Marina Razbeghkina Studio
Country of production: Russia
Year of Production: 2013
Duration: 90 min.
Film made with the financial support of the Ministry of Culture of the Russian Federation
Web-site of the film: www.razbeg.org

Looking at 100-year-old Russian photos at the site of their creation produces a dynamic encounter between past and present.

Around the turn of the twentieth century, photographer Maxim Dmitriev made a series of photo-portraits surveying the social types and occupations of the Russian Empire. He photographed various social groups, including workers, peasants, homeless people, courtesans, priests, and the upper classes in Nizhny Novgorod and its neighborhood. Taking his large prints to the sites where they were originally made, the film observes today’s inhabitants from all walks of life, from those living in a shelter, to workers, peasants, doctors, Old Believers, and striptease dancers, gazing at their counterparts from the previous century. Willingly joining this game, those filmed appear increasingly drawn to the world they imagine in the photographic traces, asking themselves the poignant questions, "how different are we?" and "how has our life changed since the last century?"
﻿

About the film director Marina Razbezhkina: 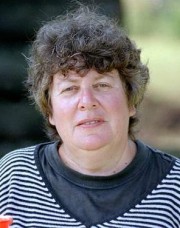