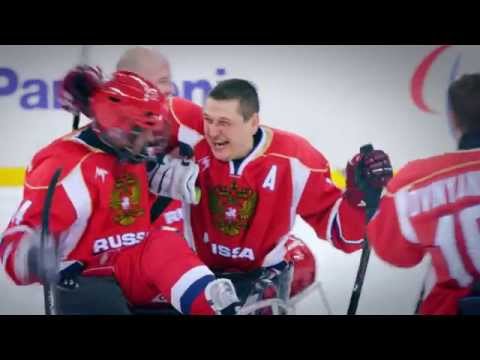 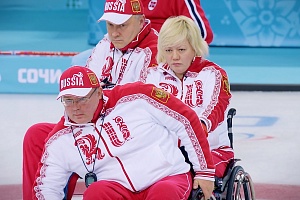 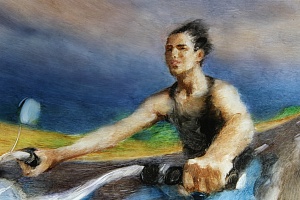 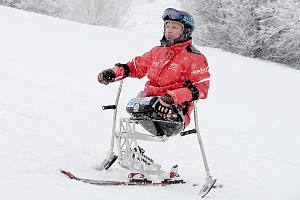 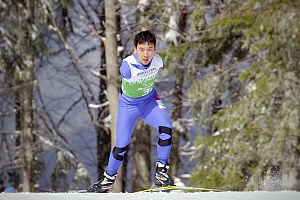 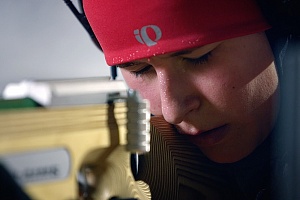 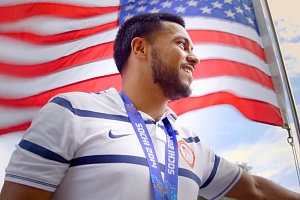 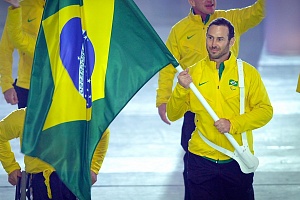 Eight of the strongest athletes from different parts of the World are fighting for the chance to come to Sochi and win a medal of the highest standard, but before this each of them must defeat the most serious opponent – his own disability. The official documentary of the Sochi 2014 Paralympic Winter Games «Spirit in Motion» by request of International Paralymic Committee (Germany, Bonn).

The documentary “Spirit in Motion” is dedicated to the first in the history of Russia Paralymic Games. The filming of the documentary “Spirit in Motion” took place during the XI Sochi 2014 Paralympic Winter Games as well as during the year preceding the start of the event on different continents of the globe due to the fact that the main storyline is the sequence of novelettes portraying the brightest Paralympians from different parts of the world. Each of the characters of the film represents one of the six Paralympic sports: biathlon, cross-country skiing, alpine skiing, sledge hockey, wheelchair curling and para-snowboarding.

The characters of the documentary “Spirit on Motion” include biathlonist from Germany Vivian Hoesch born visually impaired, who follows her guide along the track and shoots from laser rifle aiming with the help of sound; Australian alpine ski racer Jason Sauer, who outlived the amputation of both legs at Christmas night as a result of drugs overdose; ice sledge hockey player from American national team Rico Roman, who lost his left leg after he ran into explosive device during his military service in Iraq and now became a champion of Paralympic Winter Games in Sochi; Rico’s teammate Alexis Salamone, who was born with twisted limbs because of the radiation which was released after Chernobyl nuclear power plant disaster and adopted at the age of 6 by the family from the USA; the representative of Chinese national team cross-country ski racer Du Haitao, who went through the amputation of both hands from shoulders at the age of 5 under domestic conditions without anesthesia, as the parents of future sportsman did not have the necessary sum of money to pay for the treatment in the hospital after their son has touched bare wires; the first sportsman in history who represented Brazil in Paralympic Winter Games para-snowboarder Andre Cintra, who at the age of 16 overcame not only the awful accident and amputation of a leg as he rode a motorcycle without driving licensem but also the loss of both parents, when her had to take care of his younger brother and sister, in order to do this Andre dropped out of school and launched his own business, which in the last 10 years grew from a little firm to large company producing cosmetics; a couple of sportsmen playing wheelchair curling from Russia – Oksana Slesarenko, who got into car accident and ended up being in wheelchair and the captain of the team Andrey Smirnov who played with the boys and fell in the pit of a desolate house at the age of 12, Oksana and Andrey became disabled in the same year and in the same months, were in the same hospital but got to know each other many years after that on the curling ice, in 2003 they created the first Russian wheelchair curling team and after eleven years came back from their first Paralympic Winter Games with a medal.

The heroes of the documentary, the strongest Paralympians of the Planet are reflecting on the strength of human spirit, on the possibilities to overcome all the constraints imposed on a human being by fate, on the philosophy and values of Paralympic movement, constructive Endeavour, the role of sport in the modern world, its mission in the 21st century…

The documentary featuring the stories of overcoming and will to life are combined with animated stories of life of sportsmen. For the filming Digital Cameras RED Epik in 5K format were used. The performance of the character of the film during Paralymic Winter Games in Sochi were shot using multi-stage method (5 cameras).

More than 40 qualified specialists participated in the creation of the movie, including debutants and professional with many year’s experience. The name of the documentary “Spirit in Motion” is the official motto of Paralympic Movement. During the filming process it was conferred a status of the official film of XI Sochi Paralymic Winter Games by the International Paralympic Committee.

The conferment of the status of the official documentary which is made by request of International Paralymic Committee was the first precedent in the half-century history of Paralympic Movement. ﻿
﻿
﻿


Ostrov Studio was founded in 1999. The creative director of the studio is film director Sergei Miroshnichenko.

More than 50 projects have been produces by the studio, including the Russian version of the famous 7UP project, «Born in USSR», a trilogy about Aleksander Solzhenitsin and many other movies.

Among the awards the studio has received are an Emmy, the Grierson Award, NIKA Awards, Golden Eagle Awards and many others, including a BAFTA nomination.

In 2010, Ostrov Studio in collaboration with the Kultura broadcasting channel started a weekly Saturday evening talk-show which combines a screening and discussion of breakout documentaries from around the world.

From 2006 Ostrov Studio has been organising the documentary program Free thought, as part of the Moscow International Film Festival. The program usually showcases premieres of between 14 and 21 best international documentaries - winners of the most prestigious film festivals of the year . From 2010 Free Thought includes a competitive program, with seven documentary films trying for the prize. Winners include Russian premiers of the winning films from the most prestigious festivals of the year.