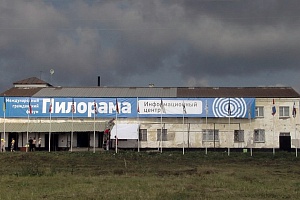 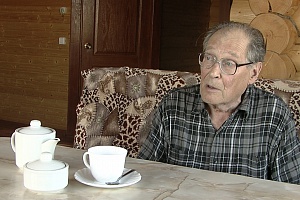 The film is about the Museum of Political Repressions PERM-36 and International Civil Forum “Pilorama” which is a sort of a mirror of the Russian society in nowadays Russia. The story supposed to be told having opinions of three former political prisoners of PERM-36, as well as the visitors of the Museum and “Pilorama” Forum.

The documentary is about the Museum of Political Repression PERM-36 (former political camp) and International Civil Forum “Pilorama”, which is an annual event in the end of July. It’s only the one museum, which has been opened at former camp, and it’s absolutely unique place for the whole post soviet area. One of the main purposes of the Forum is a civil enlightenment by a magical power of art. That’s why together with the serious discussion there are held concerts of guitar and rock music, and organized group sightseers to the museum. All the guests, the visitors of the “Pilorama” event are located on the field near by the Museum and live in tents for the whole weekend. The visitors are represented by the different social and political groups such as democrats, communists, liberals and just tourists. It reflects the real situation in Russia in our days. It’s the mirror of the Russian society which lies somewhere between: as a part is living in the past of Soviet power; another part live a new life; but for some people everything is mixed. Three former prisoners (represented below), are giving the volume to the film. “Pillorama” is the very symbolic title as it means a sawmill, and first prisoners were involved at such kind of work.
Sergei Kovalev was confined for its work on the monthly issue of Human Rights Activity.
Mikhail Meilakh was confined for the forbidden literature (V. Nabokov, I. Mandelshtam, A. Solzhenitsin).
Viktor Pestov had his sentence for his anti-Soviet activity leading the underground youth organization Free Russia.
They’re supposed to be represented some other interesting people such as the young communist leader Sergei Andrianov and the man, who wears the uniform of HKVD* officer.

About the film director Sergey Kachkin:


Sergei Kachkin, a Russian film director and producer, was educated in Moscow at the Higher School of Journalism, and Documentary Film School. Since 2006 Sergei has made several documentaries as a producer, film director and DoP. The films have been noted both in Russia and abroad. Two of his films were shown in the USA in 2007-2008 as a part of the Cultural Leaders Program / Filmmakers.  He took part in several workshops led by Rafi Pitts – acclaimed film director from Paris, Tue Steen Müller - international documentary consultant, and Iikka Vehkalahti, commission editor of YLE TV2 Documentaries. In November of 2013 was selected to take part in three days master-class of Alexander Sokurov.

In 2010 Sergei received a grant from EEFA to develop and finish the mid-length documentary On the Way Home. Completed film was selected for international and Russian film festivals as well as purchased by Israel Satellite TV channel “YES” and Estonian public television “etv2” for its airing.

His next documentary, Perm-36, a Territory of Freedom, is about “PERM-36”, the Museum for the History of Political Repressions and nowadays Russia.

On the Way Home, Film director/producer

The River Flowing into the Sky, Producer

Membership in Professional and Social Organizations

- The Union of Cinematographers “КINOSOYUZ”


About the Producer Sergey Kachkin:


april filmlab is the independent film company It has a main goal to work in a co-production field. The company produces documentaries as well as fiction films. The team always sets itself a target to make films with high artistic values. The last produced film is On the Way Home, documentary, 56 min, 2011, Russia /Germany http://www.onthewayhome.eu/