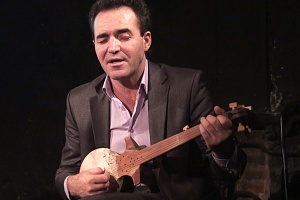 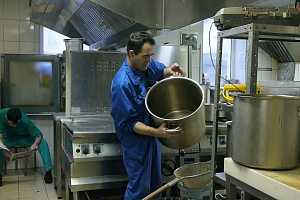 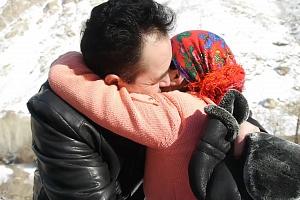 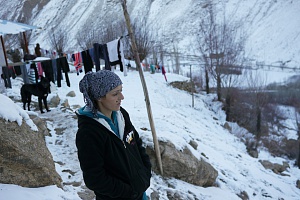 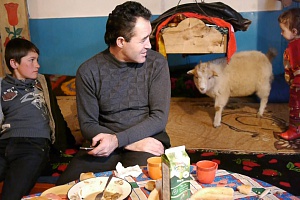 Abdumamad Bekmamadov is a loader, he came to Russia from Tajikistan in search of a job and he composes ballads about his life. He used to be a singer in a folk band widely known in Soviet Union, but for last 15 years he has worked in Moscow on low-paid jobs in order to support his family in a small village back in Pamir mountains.
Two years ago Theatre.Doc invited him and other migrants to take part in a show about their life. Since that time Abdul won a prestigious theatre prize, he wrote many songs, but he is still wandering about Moscow, from one place to another.
He performs improvisations about his life - about infinite search for a job and people he meets, about how he had to learn to drink vodka with Russians and cook plov with Uzbeks, about his wife Gulchagul always waiting for him, about his son Somon, whom he hasn't seen for 7 years. Episode after episode, the events of real Abdul's life form a legend - a poetic story about modern Odysseus.

About production company Shatters:
The company has been producing films and documentaries. Studio projects have a number of Russian and international awards.