Children of the state 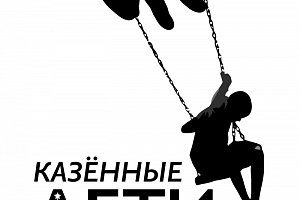 A shocking insight into the life of nearly half a million Russian orphans, who became victims of indifference, corruption and political games.
In Europe each year the number of families who can't have their biological children is growing. While in today Russia there are nearly half a million orphans who wait for their chance to find adoptive parents. Many of these children lost their chance for the future after in 2012 the so-called anti-orphan Dima Yakovlev's Bill stopped the adoptions of Russian orphans by US and other 15 European countries. How these children became victims of indifference, corruption and political games? How the orphanage system of Russia annualy digests billions of dollars and thousands of lives and is there a way out?

Our film is a current affair documentary devoted to Russian orphans who became victims of international political games, economic schemes and indifference of the adults.
There are 5 main building blocks of the film.
1. The storyline of American family of Morris, who couldn’t accomplish the adoption process due to Dima Yakovlev’s bill. Little girl Natasha, who was left in Russia will never see again her American parents. We will watch the life of both Morris family in USA, and Natasha’s life in one of the orphanages of Russia in Saint-Petersburg.
2. The storyline of Russian family of Kolesnichenko, a journalist couple who adopted a child in Russia. They are professional journalists who deal with this issue notwithstanding all the difficulties, they face in Russia. One of the peak points of their life was direct opposition to President Vladimir Putin during his press-conference. What came out of it?
3. The storyline of successful adoption held by Spanish family Aldecoa from Bilbao, who adopted Russian child nearly 10 years ago. What is his destiny? Did he manage to become a happy person, living his European life? What are his remeniscenses of Russia and will he ever come back to where his life began?
4. Also we have exclusive comments from Pavel Astakhov, the main Russian official on children issues and some other experts on the orphanage system issues, including Aleksandr Gezalov – former orphan, he knows the system from the inside as nobody; Elena Alshanskaya – The leader of movement "Volunteers to Help Orphan Kids"; Doctor «Uncle Volodya», the head of a small charitable fund "Health of Fatherland"; Andrey Dombrovskiy - one of the managers of the largest institution in Europe housing about 500 orphans and others.
5. Nearly 10 hours of footage of Russian orphanages depicting real life of the orphans.

About the film director Olga Arlauskas:
Olga Arlauskas was born on July 18, 1981 in Moscow. In 1991 she moved to Spain, where she successfully completed her studies at the Faculty of Audiovisual Communication at the University of the Basque Country. In 2004 she got a grant from Spanish government to study filmmaking and moved back to Russia. In 2006 she graduated as a documentary filmmaker from VKSR (Higher Courses for Scriptwriters and Directors). Since then she’d been working for Channel One Russia, Channel Kultura, Russia Today (Spanish version) and made nearly 20 documentaries in all possible doc genres from intimate doc-portaits to prime-time blockbusters.

Nikita Tikhonov-Rau was born in Moscow in August 1980.
In 2003 he did a degree in International Copyright.
In 2006 he graduated from Higher Courses of Directors and Screenwriters (Moscow, Russia). Having worked for television for 7 years he made a lot of documentaries - mostly films, balancing on scientific, religious and philosophic topics and art.
In 2011 together with Olga Arlauskas (his wife and co-producer) he founded a production company Artvideo Studio Ltd., based in Russia and Spain, specializing in creative documentaries filmed in Russia.
Since 2012 - vice-president of Russian Documentary Guild.