Close Relations - The Ukraine Crisis, My Family and I

I was born in 1963 in the city of Lvov, Ukraine. This is also where I grew up. Still during Soviet times, I moved to Moscow to study. I had just started my career as a director when the Soviet Union broke apart. I became a Russian rather than Ukrainian citizen simply because I happened to live in Moscow. At the time, it seemed the obvious choice and I didn’t loose much sleep over it. As children of the Soviet Union, we couldn’t imagine a reality in which proper borders would strictly separate the former Soviet republics.
By contrast, the vast majority of my family has always lived in Ukraine. They are scattered across the country. Some live in my native Lvov, Ukraine’s Westernmost city near the Polish border. Some live in Sevastopol on the Crimean peninsula. Others have their home in Odessa on the Black Sea and have close ties into the Donetsk region which is now part of the separatist areas.
The Maidan uprising of 2013/2014 marked the onset of dramatic change in Ukraine, which of course has affected my family as well. Nobody could imagine that members of the same family will find themselves on the different sides of barricades and become enemies. I will travel to Lvov, to the Crimean peninsula, to Odessa and the Donbass area to tell their story and provide a multifaceted image of Ukraine today.
The film will be easily accessible for viewers because I am telling the stories of ordinary people in the pursuit of happiness. They are going to learn about their lives in a country with a complicated history which is now trying to move closer to Europe. This move was the decision of a large majority of Ukrainians – but has plunged the country into a bloody war.

About the film director Vitaly Mansky: 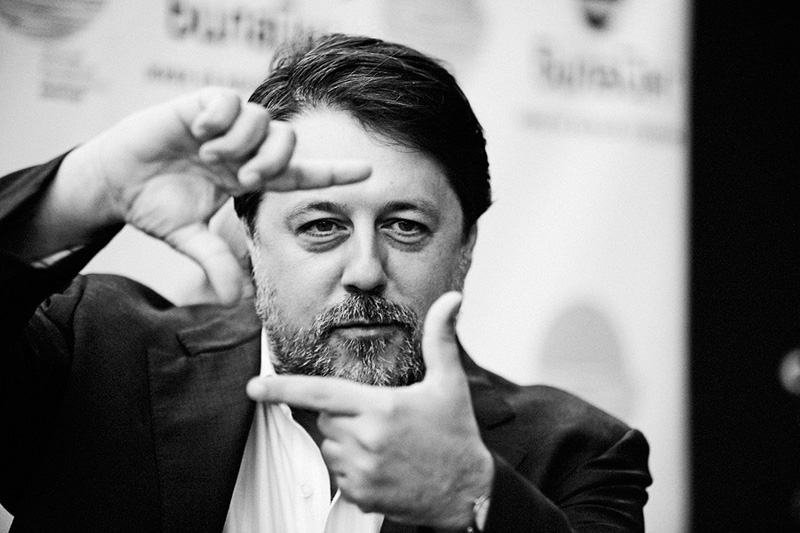 Vitaly Mansky was born in 1963 in Lvov. In the year 1982 he entered the All-Russian State Institute of Cinematography (VGIK). His first work in the world of cinematography appeared in 1989, and since that time he has shot more than 30 films. His works were presented at more than 400 international film festivals, among which we can site forums in Cannes, San-Sebastian, Rotterdam, Berlin, Amsterdam, Moscow, Oberhausen, San-Francisco, Lokarno, Munich, Toronto, Montreal, Turin, Krakov, Rio de Janeiro, Yamagata, Lisbon and many others.
He was awarded with more than 50 awards and prizes in Russia and abroad that include "Silver dove" of Leipzig festival, the award for best direction (Lokarno), Prix court metrage vision du reel - Nyon, Golden Spire in San Francisco, Grand Prix of Huesca Film Festival, the "Prize of Europe" diploma, the prize at "New Europe" film festival, established by SAT Channel, Laurel Awards, The National award of cinema critics and press “Beliy Slon” (“White Elephant”); he was four times nominated for “Nika”. His films were not once shown on the leading channels in practically all European countries, as well as in Japan, Australia, China, Canada and other countries.
Since 1996 Manskiy has been working on a project that aims at archivation of amateur private video files that were shot in the times of the former USSR from 30’s till 90’s of the ХХth century. Thus we have the unique archives of one and only films – evidences of the Soviet society’s private life. Films produced by Manskiy were awarded with numerous awards, including the IDFA Prize in Amsterdam 2006, "TEFI" award, Grand Prix of the "Russia" film festival, Le Grand Prix du Cinema du Reel-Festival International Cinema du reel, Paris, France, "Silver Dove" at the international film festival in Leipzig, the “Laurel” awards.