The studio was established in Moscow in 2008 with its focus on the production and promotion of the independent documentary filmmaking. The inaugural international project UNEMPLOYED, a co-production with the Polish company Eureka Media, was completed in 2009. The feature film LINAR was released in 2013, successfully screened and awarded internationally. Currently, Albatross is working on the post-production of the ARCTIC ALCHEMY, a documentary road movie, which was shot in the USA and Canada. 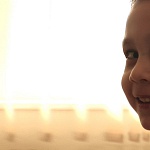