Boris Nemtsov: Shot In The Shadow of Kremlin 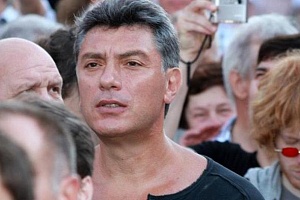 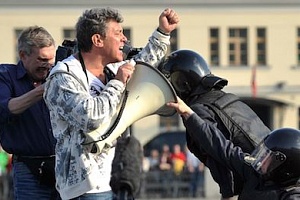 A film about the Russian opposition politician Boris Nemtsov. Focusing on his life and career and examining investigations into his shocking murder in February 2015, we take a look at Putin’s Russia today.

On 27 February 2015, at around 11:30 p.m., Boris Nemtsov, the most prominent opposition politician in Russia, was shot and killed on the bridge directly in front of the walls of the Kremlin.  Who was Boris Nemtsov and why did he have to die? This documentary by Michail Fishman, Milana Minajewa, Ljubow Kamyrina and Stephan Kühnrich seeks to answer these questions using a wealth of archive footage and the memories of many of Nemtsov’s friends and associates. The result is an impressive biography and a look behind the scenes of Russian politics. Boris Nemtsov was politically active from a young age: after the disaster at Chernobyl the young physicist protested against a new nuclear power plant being built in his home town of Gorky, since renamed Nizhny Novgorod, providing the first evidence of his political skill. Shortly thereafter he became governor of this industrial region. In 1997, President Yeltsin brought the reformer Nemtsov to Moscow to be the First Deputy Prime Minister, where he quickly made a name for himself in the battle against the uncontrolled privatisation that was rife in the 1990s. Following the economic crisis of 1998, Nemtsov took a step back. After Putin took power, Boris Nemtsov worked tirelessly for the opposition in Russia, against a political system heavily influenced by the secret service and the military. “Russia without Putin” was one of his slogans during the protests against the fraudulent elections of 2011 and 2012. On the very day that he died, Boris Nemtsov was a guest on the only half-way independent radio broadcaster “Echo Moskwy” speaking against the unlawful annexation of Crimea. Colleagues and supporters of Nemtsov, who gave us an insight into the life of the most important opposition politician in Russia, include the entrepreneur Mikhail Khodorkovsky, dissident Vladimir Bukovsky, former world chess champion Garry Kasparov and opposition politician Alexey Navalny.