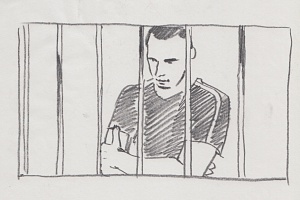 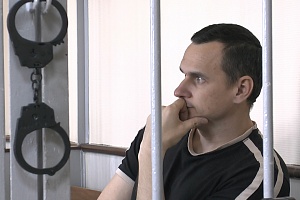 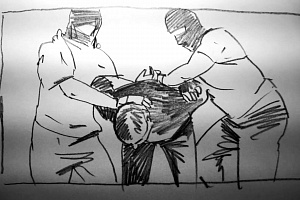 A documentary about Ukrainian film director Oleg Sentsov, arrested by the Russian special services in Crimea on charges of preparation of terrorist attacks the Lenin monument.

This documentary is an attempt to look into an investigation -- the case of film director Oleg Sentsov, arrested by the Russian security service in Crimea. It is also an absurd Kafkaesque story about the confrontation between an individual and the colossal state machine that seems to have caught him by accident. It will be a tapestry of various materials. It will reconstruct the chronology of this dramatic detective story: the starting point is Oleg's arrest in May 2014. After sketching his portrait through media and outlining the circumstances of his arrest, the film starts its own investigation. Step by step, detail by detail, the film adds strokes to the picture -- using interviews with the witnesses and people who closely knew Oleg, court chronicles, political and social events in both countries.

Our team brought together Russian director Askold Kurov, one of the authors of the Russian documentary "Winter, Go Away!" (2011) about anti-Putin protests in Moscow, the director of the films "Leninland" (2013), a tribute to Moscow's last supporters of the Lenin cult, and "Children 404" (2014), focused on the LGBT teenagers in today's Russia; his Ukrainian co-author Andrii Lytvynenko who participated in the award-winning anthology "Euromaidan. Rough Cut" (2014); Oleg Sentsov's producer Olga Zhurzhenko; producers Maria Gavrilova and Max Tuula, co-producers of the documentary project "The Term" (2014) about the Russian opposition leaders.

A year ago Russia annexed the Crimean peninsula from Ukraine. While a large part of its Russian-speaking population welcomed the invading troops, there were also the ones who strongly opposed the occupation.

Among them was film director Oleg Sentsov (whose debut film "Gaamer" had made it to the Rotterdam Film Festival and had been screened all around the world). An active participant of the Maidan movement, he chose to stay loyal to Ukraine.

Last May Sentsov, together with a few other pro-democracy and pro-Ukrainian activists, were arrested on the allegations of preparation of "terrorist assaults" against the statue of Lenin in the Crimean capital. Still a citizen of Ukraine, he was transported to Moscow and locked up as a dangerous extremist. Through his lawyers Oleg claimed that he was tortured, while the Russian prosecution refused to open an investigation of violence gainst him, ridiculously explaining the injuries by Oleg's assumed previous S&M leanings.

Oleg is also unable to support or even see his children whom he was raising himself: 12-year-old Alina and 9-year-old Vlad.

The notorious case inspired protests in various communities all around the world. The festivals in Venice, San Sebastian and Kyiv named Oleg an honorary jury member. The European Film Academy became one of the main backers of the campaign for Oleg's freedom. Pedro Almodovar, Agnieszka Holland, Stephen Daldry, Bela Tarr, Wim Wenders, Mike Leigh, Ken Loach, Aki Kaurismäki, Volker Schlondorff, Betrand Tavernier, Andrzej Wajda, Krzysztof Zanussi and many other famous filmmakers called for his release. Some of them agreed to give interviews for our film as well.

About the film director Askold Kurov:

Born in Uzbekistan, Askold has been living in Russia since 1991. He majored in Philology, Theatrical and Theological Studies. Before studying documentary filmmaking, he worked for 8 years as a package designer. In 2010, Askold graduated from Moscow’s Marina Razbezkina Film School. He was one of the directors of the award-winning documentary WINTER, GO AWAY! (2012, Locarno IFF, DOK Leipzig, IDFA, HotDocs). His next films LENINLAND (2013, Seattle IFF, Message to Man IFF, Verzio HRFF Budapest) and CHILDREN 404 (with Pavel Loparev, 2014, Hot Docs, Open City Docs,Milano FF, CPH:DOX) also received a wide critical and festival acclaim as a thoughtful look into human rights problems and social issues in contemporary Russia.

Co-director Andrii Lytvynenko (Ukraine)
Andrii graduated from the National Karpenko-Kary University of Theater, Film and TV in Kyiv in 2012 as a film director. In 2013, he received a Gaude Polonia grant and studied at Warsaw's Wajda School in the documentary workshop. Andrii made several short films and was the author of the idea and one of the directors of the anthology BEYOND EURO (2013, DocuDays UA). He also participated in the anthologies KYIV FROM SUNRISE TO SUNSET (a part of the international project THE WORLD FROM SUNRISE TO SUNSET, 2011), UKRAINE_VOICES (2014, goEast FF, Eastern Neighbors FF, Cinedoc FF, LET’S CEE FF) and EUROMAIDAN. ROUGH CUT (Jihlava FF, IDFA, Artdocfest, Silver Eye Award Special Mention).

Olga Zhurzhenko, producer (Ukraine)
Olga has been working as an independent producer since 2009. In 2011 she founded the company UKRKINO, aiming to pursue her own production strategy. She produced several feature films, including GAAMER by Oleg Sentsov (2011, IFF Rotterdam, Listapad Minsk IFF, Odessa IFF, São Paulo IFF),  four shorts and one documentary.  Her recent film, TRUMPETER (2014), screened at Film Festival Cottbus, Molodist Kyiv IFF, Kinoshock IFF in Anapa, Russia.  Olga's upcoming project RHINO by Oleg Sentsov has been put on hold as a result of Oleg's arrest. 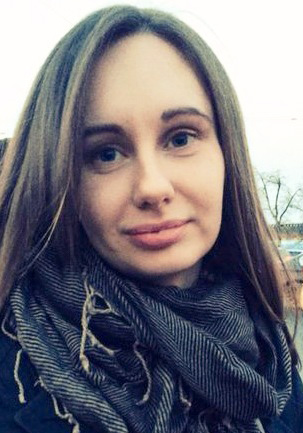 Maria Gavrilova, producer (Russia)
Born in Moscow, Maria worked in journalism, advertising and films big and small. For a few years she was the program director of the Texture Film Festival in Perm, Russia, and the editor-in-chief of the Russian magazines Action! and The Booker's Bulletin. Together with Max Tuula, she founded the Estonian production company Marx Film. The list of the documentaries she produced includes the international anthology 15 YOUNG BY YOUNG (the Russian segment) (2012),  I  DON'T LOVE YOU by Aleksander Rastorguev and Pavel Kostomarov (2012, Kinotavr IFF, Warsaw IFF, Listapad Minsk IFF) and THE TERM  by Rastorguev /Kostomarov / Pivovarov (2014, Karlovy Vary IFF, DOK Leipzig, CPH:DOX, IDFA, Full Frame FF). 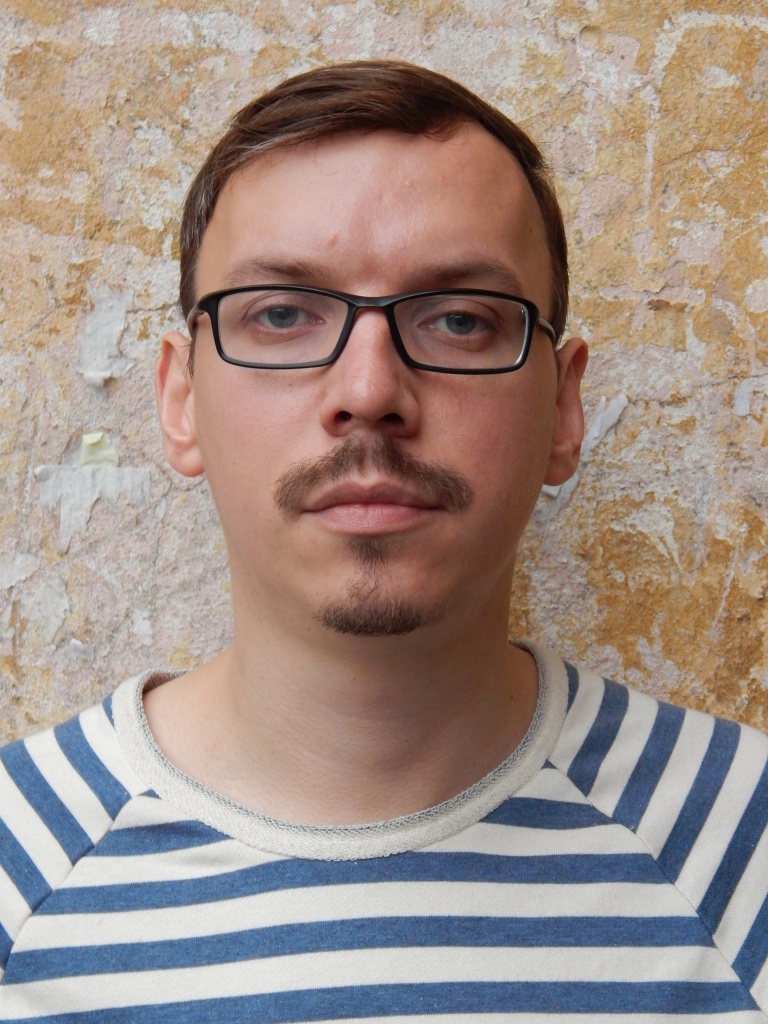 Max Tuula, producer (Estonia)
Born in 1980 in Vladivostok, Russia, Max is an Estonian producer that now lives between Estonia and the USA. He collaborated as a journalist with various film trade magazines and participated in the production of a few shorts that enjoyed success at festivals from Berlin to Abu Dhabi. In 2012 Max coproduced the experimental docudrama I  DON'T LOVE YOU (2012, Kinotavr IFF, Warsaw IFF, Listapad Minsk IFF) by Aleksander Rastorguev and Pavel Kostomarov and continued to work with the filmmakers on their cross-media project THE TERM (2014, Karlovy Vary IFF, DOK Leipzig, CPH:DOX, IDFA, Full Frame FF) and their two-part documentary KIEV/MOSCOW (2014).  In 2014 Max was selected for the Berlinale Talents at the Berlin Film Festival.