09.07.2016 At Festivals
The Best Documentary at Moscow International Film Festival  has become a Korean-French film “Mrs. B. A North Korean woman” made by Jero Yun. 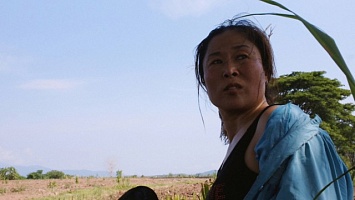 The Best Documentary at Moscow International Film Festival  has become a Korean-French film “Mrs. B. A North Korean woman” made by Jero Yun.

Mrs. B was sold to a Chinese farmer by human traffickers.  To earn a living in China and help her family that remained in North Korea, Mrs. B. turned to drug trafficking. She succeeds in getting her husband and sons smuggled into South Korea. Afterwards in the group of illegal migrants she sets off to finally join her children. At the end of long and dangerous travel, Mrs. B. is caught by the intelligence service while she crosses the border of South Korea.

This year Thomas Balmes (France) has become the President of the jury of Documentary Film Competition. The director of Krakov Film Festival Krzysztof  Gierat (Poland) and filmmaker and scriptwriter Sergei Debizhev (Russia) have also been on the jury.

The only Russian film “24 types of snow (24 snega)” by Mikhail Barynin has become another winner of Documentary Film Competition. This picture has won the maximum votes (4. 76 out of 5) both among the official selection and  non-competition program. “Magnus” (selection program) and “Jim: The James Foley story” (program “Free Thought”) with votes 4,68 and 5 ranked after it.

The third winner of documentary programs was the film “Sonita” from non-competition program. This picture won the special prize of  the jury “NETPAC” (The Network for the Promotion of Asian Cinema). The film is about the life of an undocumented Afghan illegal immigrant living in the poor suburbs of Tehran and fighting for her rights and for her free future as an artist and a musician. The Picture got prizes in Sundance, Amsterdam, at the festivals Full Frame and Sheffield Doc/Fest. In Russia the film was also received with great interest.

The Documentary Cinema Program “Free Thought” was created in 2006 under the guidance of the filmmaker Sergey Miroshnichenko and producer Gregory Libergal. Due to the success of the program, a new weekly talk-show “Watch and discuss” (TV presenter – director Vladimir Hotinenko) appeared on the channel “Russia-C (Culture)” in 2010. During the five seasons of the show about 100 best foreign and Russian documentary films were shown. In 2011 an international competition of documentary started at MIFF which winners twice became Oscar bids (”Hell and back”, “Cartel land”) and an Oscar winner  (”Searching for a Shugar Man”).

Documentary Cinema Program  at MIFF is one of the increasingly in demand and populous at the festival.  It stirs audience’s interest in documentary. Premier screenings are held in IMAX-movie halls in Multiplex Cinema “October.” Reruns and meet-the-artist sessions are held in the Documentary Film Center. 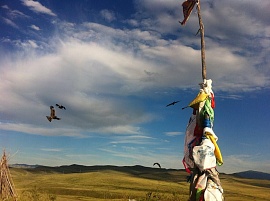