"Children 404" will be screened at Open City Docs

06.05.2014
Russian documentary film about LGBT youngsters in Russia "Children 404" by Pavel Loparev and Askold Kurov will be screened at the closing ceremony of Documentary Film Festival  Open City Docs in London, taking place on 17-22 June, 2014. 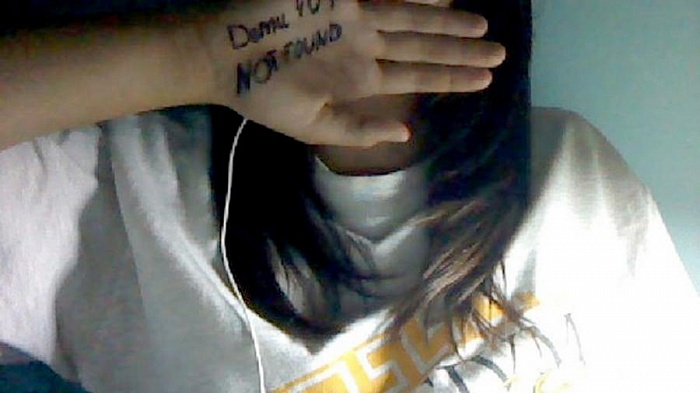 Russian documentary film about LGBT youngsters in Russia "Children 404" by Pavel Loparev and Askold Kurov will be screened at the closing ceremony of Documentary Film Festival  Open City Docs in London, taking place on 17-22 June, 2014.
The film was prohibited on the territory of Russia.


After President Vladimir Putin passed a bill forbidding the "promotion of nontraditional sexual relations to minors", the LGBT community in Russia suffered an even deeper sense of alienation. LGBT youth living in fear, unable to reveal their identity without insults and intimidation, found security in an online project known as Children 404. Named after the "error 404 - page not found" web message, the website became a place for them to share their stories of mistreatment and discrimination. Through anonymous interviews and video diaries, this film sees inside the daily lives of forty-five young Russian people facing harassment at every turn. Pavel Loparev and Askold Kurov also follow key figures in the movement including the support group's founder, struggling against legal threats, and activist Pasha, ​planning to escape to Canada. Children 404 is a shocking ​insight into a generation dealing with the repercussions of Russia's institutionalised homophobia.

WHAT IS OPEN CITY DOCS FEST?
Open City Docs celebrates and nurtures documentary film.
Based at UCL and working with partners across London, throughout the UK and internationally, Open City Docs delivers films screenings and live events, training programmes and projects throughout the year to support the next generation of filmmakers.
We aim to challenge, explore and expand ideas of what documentary can be and do. We want to provoke debate and open minds by presenting films about real life, about the experience of real people, and to give ear to those voices that are not often heard.
At Open City Docs Fest every event is a 'live' event with filmmaker Q&As, film and subject panel discussions, live music, food and workshops for industry and public.
During the week we programme in various venues across London and create a hub in Bloomsbury where the Open City Village and Cinema Tent on Torrington Square is a pop-up cinema space especially made for doc-lovers. We aim to be an open-minded and open-hearted cultural and social event where filmmakers meet their audience. Please hang around, discover a little known part of the heart of the city and deepen your understanding of the world we live in.