02.05.2015 Industry
Directors Constantine Davidkin and Maria Muskevich have posted their documentary film “Volunteers. Playing with fire” on Youtube to make local and international communities familiar with the disastrous Russian wildfires 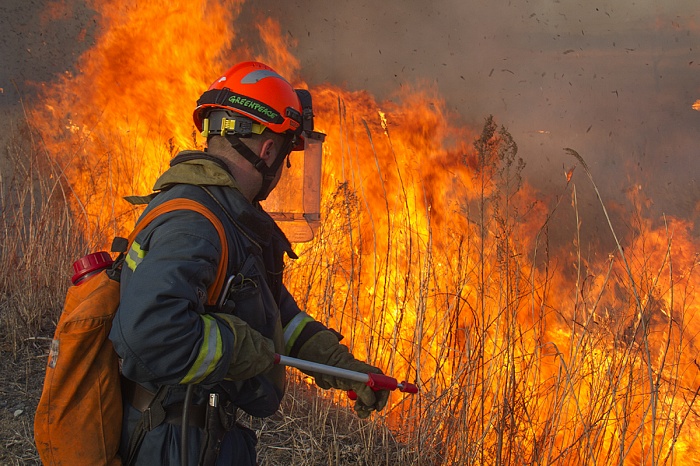 Directors Constantine Davidkin and Maria Muskevich have posted their documentary film “Volunteers. Playing with fire” on Youtube to make local and international communities familiar with the disastrous Russian wildfires. Authors hope that the open access to the film will encourage people to talk about the problem of wildfires and, eventually, will help solve the problem.

"We want people to be able to watch this film. Anyone can download it, organize public screenings or just watch it with their friends. We hope that it will make a difference, and the terrible wildfires in Khakassia, in Trans Baikal won’t reoccur, " said directors.

The film was completed just last year. It focuses on one of the Greenpeace expeditions to fight wildfires in Astrakhan region. The problem turned out to be more serious than it was expected. It even seems that the volunteers’ work is rather hopeless since the disaster hitы this region constantly. Every year volunteers have to invent new ways of extinguishing the fires. Even though the problem seems to be impossible to solve, the film doesn’t have a sign of despair. It honestly shows that the problem is challenging and can’t be solved immediately.


"Very often we think we can change nothing, but it’s not true. In fact, we can change a lot: for example, a person can fight the fire or try to change people’s attitudes towards the problem. It’s very important that people will understand that they can no longer be indifferent and have to go out there and take an action,” said one of the characters.

Successful crowd-funding campaign made it possible to create this film. The authors ask people who are interested in the public screenings to contact them via email: delaifilm@gmail.com