Herz Frank has passed away

Frank did not work within one specific film genre, he simply created, always looking for something unusual and universal. The subject of death had always had a special place in his art. He fearlessly explored the anatomy of the human soul, its boundaries and even turned the undivided attention of his uncompromising camera onto himself. 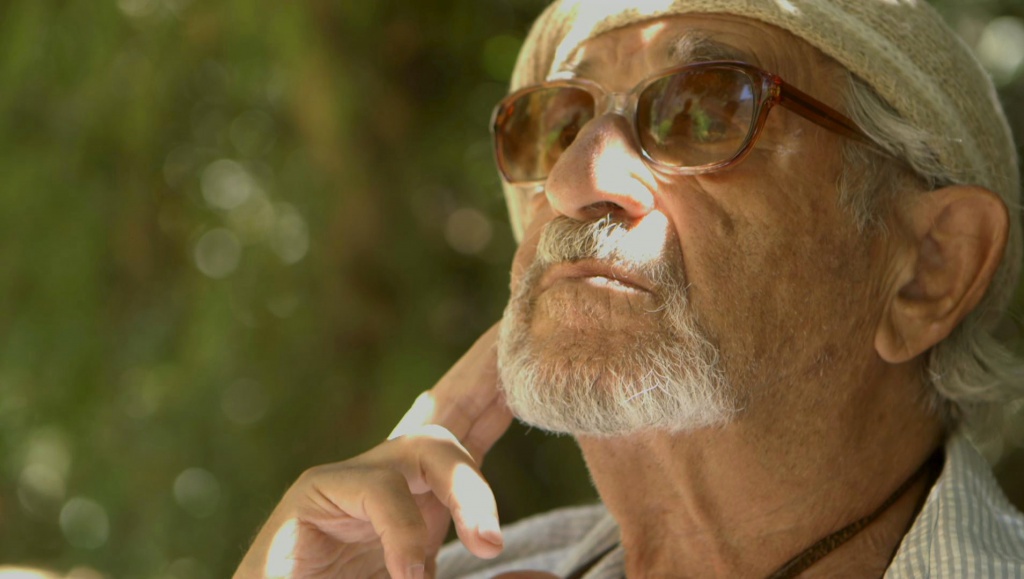 Herz Frank's most famous works – «10 minutes older», filmed in 1976 in Riga with Yuris Podnieks, «Higher Judgement» - repentance of a man sentenced to death for murder, “There once were Seven Semyons” – the tragic story of the Ovechkin family, “Song of Songs” – that shows the painful birth of person, as well as “Flashack” – a film confession dedicated to all the cameramen that he had worked with.

On February 20 we recorded an episode of «Watching – Discussing» dedicated to Herz Frank. Russian documentary filmmakers – Vitaly Mansky, Elena Pogrebizhskaya and Andrey Shemiakin, as well as president of the Documentary Guild Evgeny Grigoriev and director of the Museum of Film Naum Kleyman participated in the talk show. The show was filmed two weeks before Frank's death, and centered around one of the director's most important films – «Flashback». The show will air on March 16th on «Kultura» channel.

Along with “Flashback” itself and the discussion of the film, viewers will be able to see exclusive clips of interviews with Herz Frank that were filmed for his last, unfinished film, on which he worked during the last years of his life. The working title of the film was «Edge of Fear». It is the story of love, overcoming obstacles, of the mysterious soul of a woman,  of rebirth and the eternal inability to be near each other…It is the story of all of us. The story that will end as excitingly as it began.

«Edge of Fear» is a story told by the author, intertwined with unique archival footage, news reports and real life observations that were filmed over the course of ten years. The film is based on intimate dialogs and observations of the most important aspect of life – the relationship between a man and a woman. The viewer is connected with the characters of the films through the Narrator (Herz Frank himself), who becomes one of the characters in the film. He is present at all of the most important parts of the film shoots, comments on the events and discusses them not only with the viewer but with the director. Together they attempt to find the essence of this illogical and devoid of reason story... 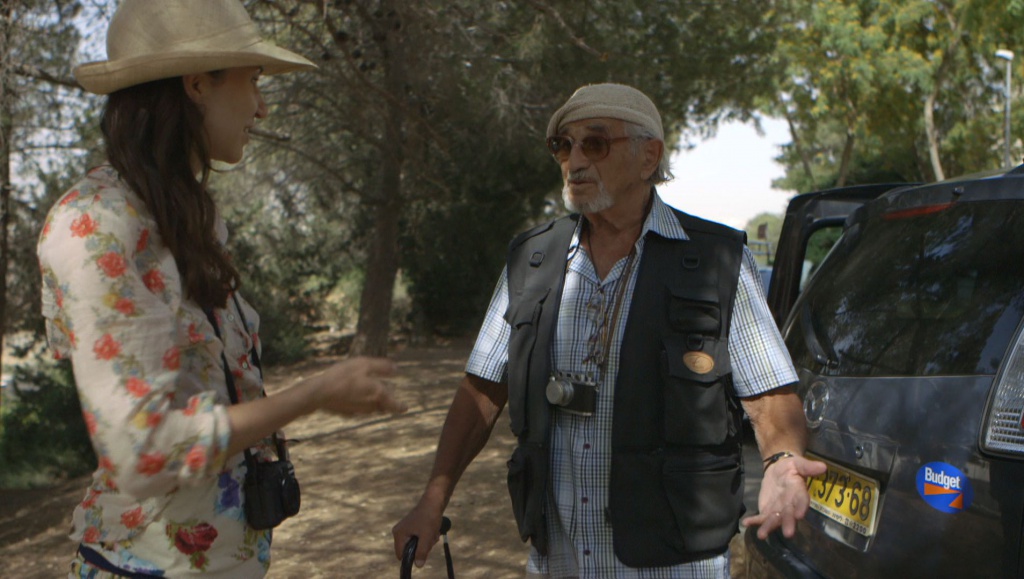 Herz began work on this epic documentary drama over 10 years ago. Three years ago he was joined by Maria Kravchenko, who became co-director on the project. The film is currently at the shooting stage. For many years Herz looked for financial support to finish shooting and complete the film, personally attending international pitchings and forums to gain interest for the project among international producers, even though he was already in poor health. At the moment Latvian Film Center is in the project after Guntis Trekteris has joined the project (he also produced Herz Frank "Flashback" 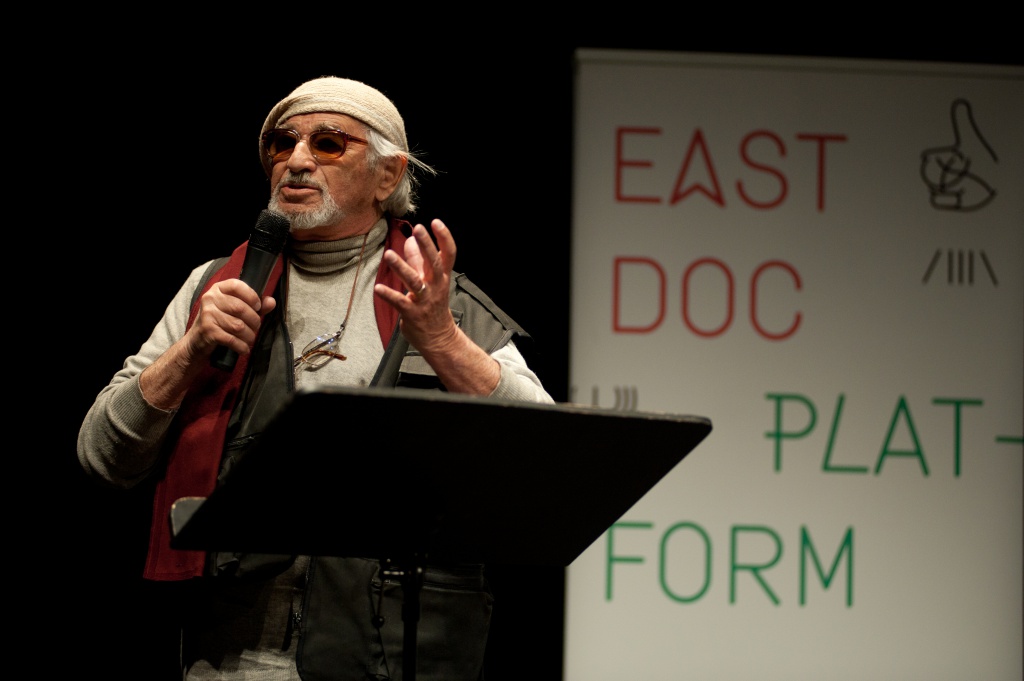 Maria Kravchenko, director:
«Herz worked on this film up until the last days of his life. His one phrase, one shot were able to embrace the universe in one swift move. Herz Frank is the universe's great painter. When you see the material he's shot – it's simple, without any particular beauty or gimmicks – but there is so much life in it, such a concentration of feeling and thought, that you end up wondering – how did he do that?! During one of our last meetings Herz said to me – «You know what this film is really about? It's about Life being unpredictable!». This is what attracted Herz to documentary film – lack of predictability, a desire to touch this enernal mystery of the existence of man, beginning with the creation of the world. He never ceased to wonder at life, like a child who runs out on a sunlit porch and sees his own, new and immense world for the first time. That is how I knew him to be – the Man, the Artist, the Teacher, the Colleague – Herz Frank. May God rest his soul. I will continue working on the film he wanted to make. I promised him that we would finish our film. Definitely. And I hope, that, finally, there would be brave people, who could help us finish this film, which was started by Herz”.

Well-known Russian documentary film-makers paid their respects to Herz Frank at the time of his passing:
Sergei Miroshnichenko, director, member of the board of Russian Documentary Guild: “Now there are fewer or us. Take care of each other while we are still alive.”

Vitaly Mansky, director, member of the Board of Russian Documentary Guild: «Years will go by, and only 2-3 documentary film-makers will be remembered from each century. But even today it is clear – Herz Frank is on that list for the 20th century!»

Andrey Shemyakin, director, film critic, member of the Board of the Russian Documentary Guild, chairman of the Film Critics Guild:
“Herz Volfovich Frank is the only man who, practically holding them by the hand like little children, led an entire nation of his viewers from being “almost beaten down”, to being survivors in a Catastrophe. Without any sentiment on the topic of the “return” he showed, through his films, beginning with “Higher Judgment”, (a film-prologue, which became clear only now), what happens with the changes in this state of feeling and thinking of oneself, when suddenly freedom meant mayhem rather than end of slavery. And that is when Herz turned out to be not only an absolute innovator, a true classic and a harsh diagnostician, but necessary as such for the world, not only for our former and current countrymen. His films aren’t for everyone, but rather for each of us in particular. And another thing – he was always surrounded by people. Each of them could (if he had the strength of spirit) learn something from him. Herz never pushed anyone away, quite the opposite. He was the most generous Master amongst our classics. This is a terrible, albeit sadly expected, loss. And the best way to pay respects to his memory is not to swear by his name, but to NOT BE (or not become, same difference) – EXECUTIONERS. Under no circumstances. May God rest his soul.”

Short biography of Herz Frank
Herz Volfovich Frank was born in a Latvian borough of Ludza in 1926. He was born in a Jewish family and attended school taught entirely in Hebrew.
In 1947, after the war, he graduated from the military academy, as well as Sverdlovsk branch of the All-State Jurisprudence institute. Applied to the director department at VGIK, passed the creative contest but was not accepted because his sister had been sentenced under article 58 for attempting to illegally leave the USSR for Israel. Worked as a journalist and photographer for a long time, from 1959 worked as a screenwriter and director at Riga Film studio. Since 1993 – became a citizen of Latvia and Israel, worked in Riga and Jerusalem, has taught at many film schools throughout the world. Had recently moved to Israel, where he taught seminars and read lectures, sharing his life experiences with the younger generation. Has made over 20 films, working on his last film until the end of his life, but did not have time to finish it.
Herz Frank has passed away in Jerusalem during the night of March 2nd/3rd 2013. He was 87 years old.