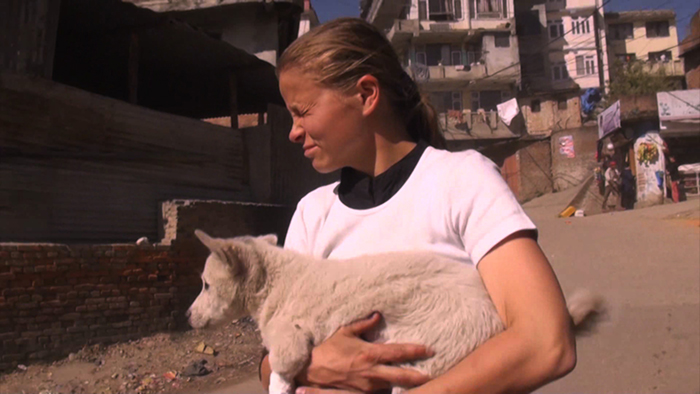 Queens World Film Festival prides itself in providing something for everyone - great films at multiple venues, solid and informative panels with opportunities to network, develop ideas and establish contacts. QWFF celebrates the independent filmmaking spirit by encouraging the novice and the student filmmaker, featuring filmmakers who take chances to bring us challenging stories and by providing screening opportunities for that overlooked, yet gem of a film.

This is a road movie about one Russian girl, who left everything and moved to India. She has nothing except small bag and tragic story behind. She travels alone all around India in searching for the purpose of leaving. But her past always follows her. Who knows weather she will be able to become free of it?
The main idea of the film can be defined in such words as eternal flow of life, where Kate's life is just a blink, but in this blink the whole eternity is reflected.