09.07.2015 At Festivals
Documentary competition and The Free Thought, a survey of the best international docs for many years are among the festival audiences favourites. Matthew Heineman’s Cartel Land, co-produced and lensed by Matt Porwoll, won the festival’s competition. 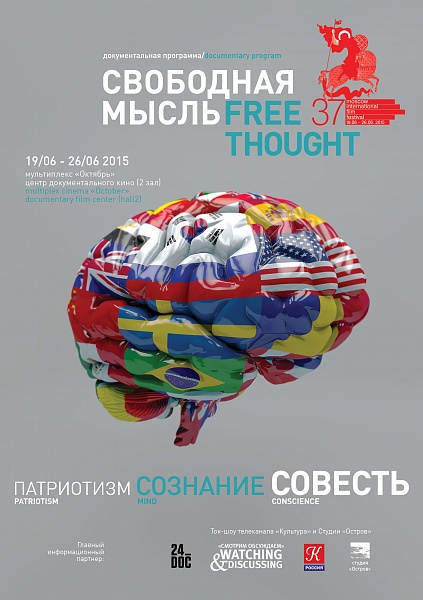 Documentary competition and The Free Thought, a survey of the best international docs for many years are among the festival audiences favourites. This year the program curated by the film director, State Award winner Sergei Miroshnichenko, and producer Grigory Libergal presented seven films in competition and 12 more in The Free Thought.

Matthew Heineman’s Cartel Land, co-produced and lensed by Matt Porwoll, won the festival’s competition. Produced in dangerous conditions it vividly describes the fight of common Mexicans against ruthless drug dealers. Films from China, Russia, Great Britain, Denmark and the USA competed for the silver figure of St.George, this year also accompained by 250,000 roubles, presented to the winner by the Ostrov Studio and production team of Watching and Discussing, a popular TV show also curated by Libergal and Miroshnichenko who explains: “The money prize is collected from donations of all people who are making this show. They are doing this for the last three years to support and encourage the documentarists who are making those incredible films”. 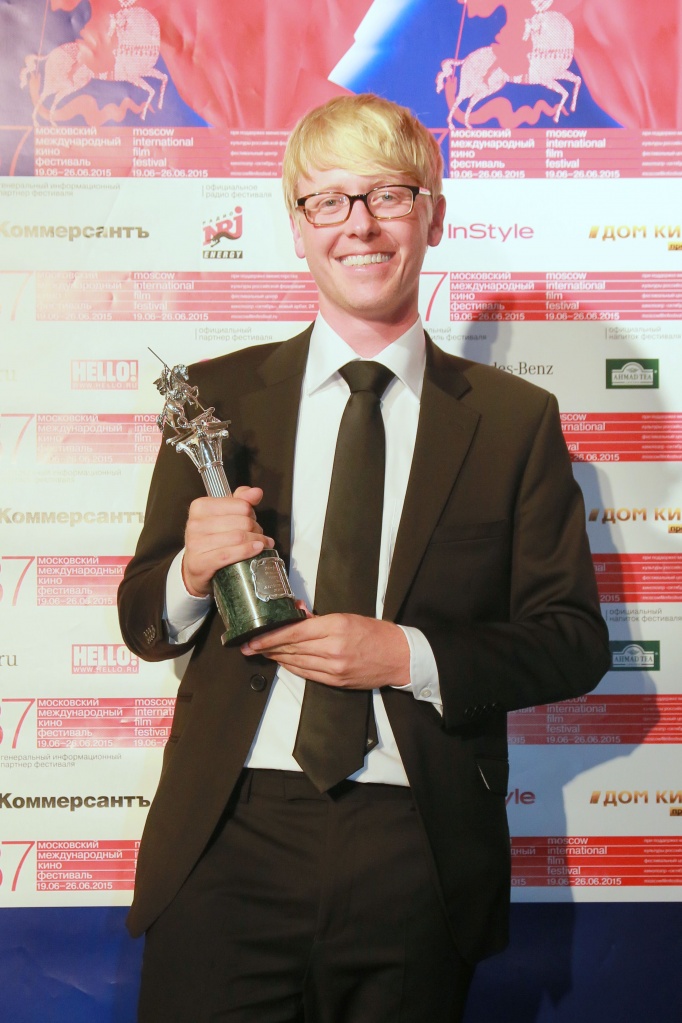 The films were judged by the director of the international Film Festival The Golden Apricot in Yerevan Harutiun Khachatrian and prominent Russian documentary film director Alexei Vakhrushev. The jury was helmed by the Oscar-nominated producer and head of Tel Aviv based Cinephil distribution company Philippa Kowarsky. 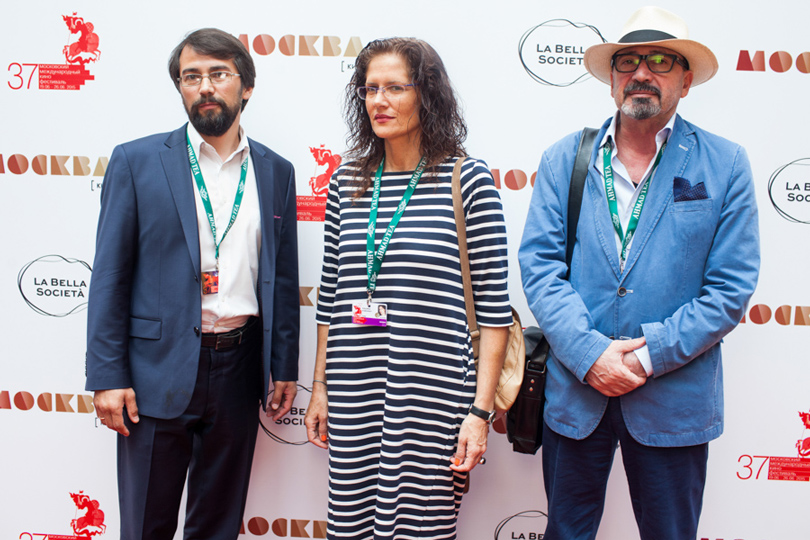 This year The Free Thought was staged for the tenth time. Since 2006 the program is showcasing the winners of the major international awards and festivals as well as new documentary trend setters from around the globe. Traditionally it’s among the most popular events of the festival. Among the international hits that had its Russian premieres at MIFF were Citizenfour, The Look of Silence, Going Clear: Scientology and the Prison of Belief, El Botón de Nacar, Toto and His Sisters and many other.

Audience Award for both programs went to Jin Mo-young’s My Love Don’t Cross That River, a beautiful love story of two old people. It gathered the average of 4,81 points out of 5 possible. It broke the documentary attendance records in its native Republic of Korea, and same as there, in Moscow the values of the film were praised in social networks by those who saw its first screening, so all the later screenings were jammed to the capacity. The runner-up in the audience award race was Racing Extinction from the competition program, directed by Oscar winner Louis Psychoyas. This passionate plea to save the wildlife from criminal traders and poachers won Psychoyas strong numbers of followers during his packed Q&A sessions. Close behind came Joshua Openheimer’s The Look of Silence about the 1965 massacres in Indonesia. 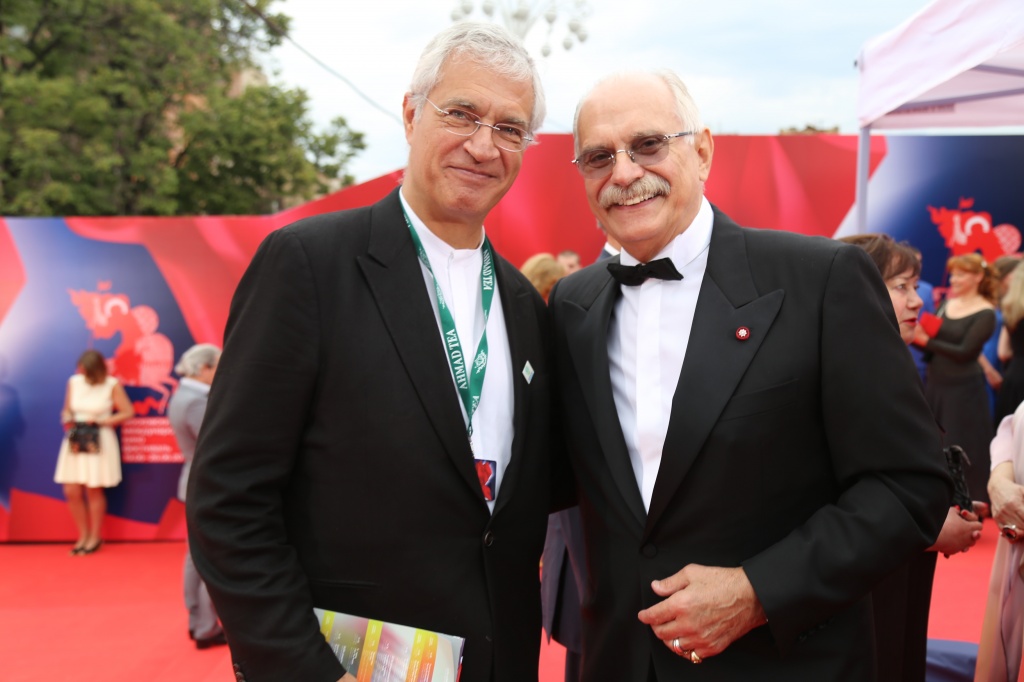 The Russian premiere of Laura Poitras Oscar and BAFTA winner Citizenfour was hugely successful – and it took fourth place in the audience voting. 24_DOC TV channel is putting the film into cinema release right after its MIFF lunch. Another competition film, Larissa’s Crew by the Russian director Elena Laskari took the fifth place.

More than 4,500 people took part in this voting. More than 6,000 viewers attended the documentary screenings at the Oktyabr Cinemas, Documentary Film Center and Film Actors Theatre. 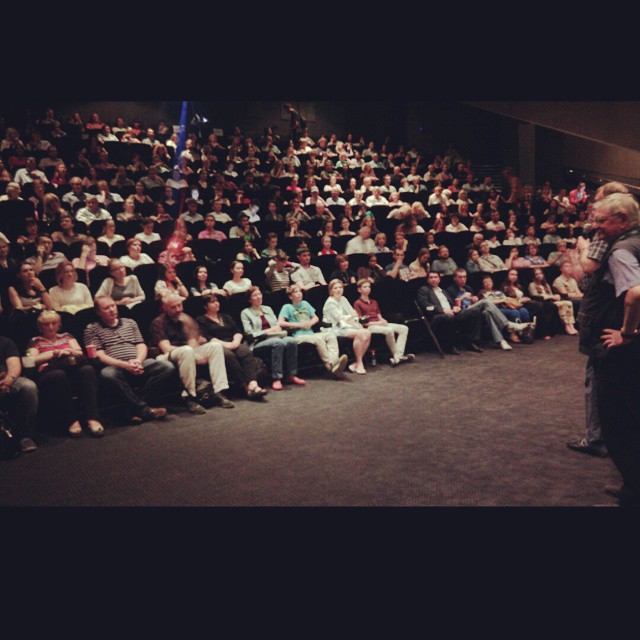 Audience before the "Citizenfour" premiere

In ten years The Free Thought presented more than 170 titles, winners of Cannes, Venice, Locarno, Sundance, IDFA, Leipzig, etc, etc. Audience surveys are held from 2008, and more than 40 percent of the films were rated higher than 4,50 points, and more than 90 percent – higher than 4. Spectators interest keeps growing every year.

This year viewers also told the festival about their tastes in documentary in all its forms and viewing platforms. More than 400 people took part in the survey, the results of which will be published on the festival site in Russian and English.

For the 7th time industrial side of the festival was taken care of by Moscow Business Square, where some of the best documentary programs from Russia were successfully pitched, and several round tables and master classes were devoted to documentary distribution and exhibition. One of the highlights was the master class of Mike Lerner, six times Sundance and two times Emmy winner, not forgetting a St.George statuette, too. Mike’s presentation on indiedoc production, assisted by a member of MIFF doc team Georgy Molodtsov, crowned Moscow Co-Production Forum. Russian participants also received the first copies of The Independent Producer’s Guide, published with MIFF Doc programs and Russian Documentary Film and Television Guild support. 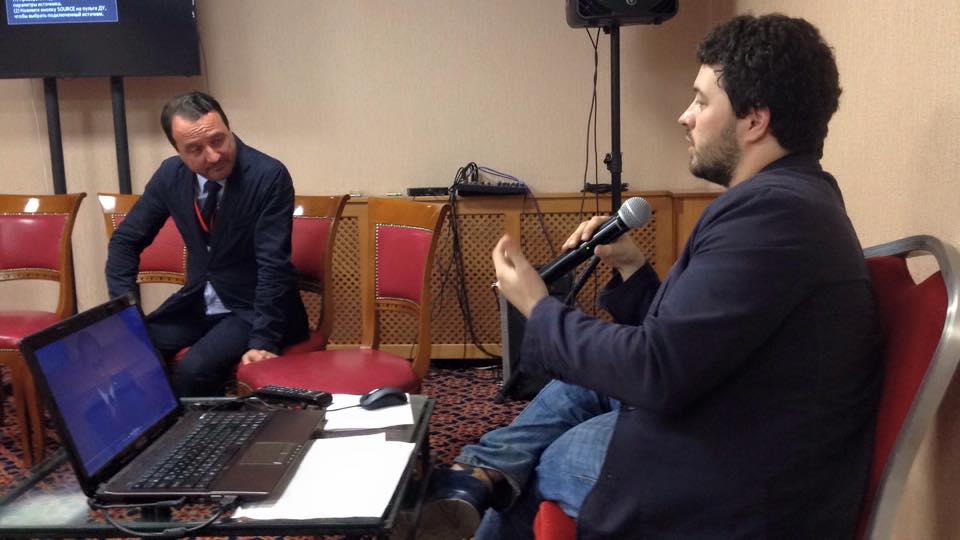 
24_DOC Channel was the official informational sponsor of the MIFF Documentary Programs.