18.05.2015 At Festivals
New Russian film festival dedicated to international documentaries will be held from May 22 to May 26 with the Award Ceremony in September, 2015 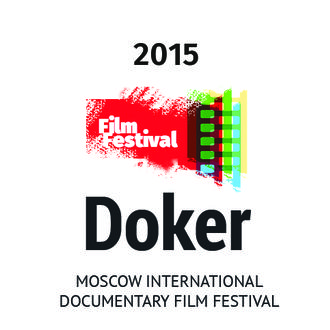 Moscow International Documentary Film Festival Doker 2015 is a brand new festival, started by a team of filmmakers and film distributors after the success of their film club project "Doker". Festival will be held from May 22 to May 26 with the Award Ceremony in September, 2015.

You can find more about the festival on the official web-site http://www.midff.com/#!home/mainPage

DOKer is a project of screening independent documentaries, it was created in the beginning of 2011 by a group of enthusiasts to promote contemporary art documentaries in Moscow and other Russian cities. It has enjoyed 9 seasons in 6 cities. Altogether, 300 screenings have been staged for more than 20,000 viewers.

The project doesn't limit itself to screenings, it also organizes discussions with the filmmakers, master classes, closed screenings before the world premieres, regular social and cultural surveys of the audiences, campaigns to attract media attention to new Russian films, lengthy partnerships with various film festivals and organizations, assistance and support of local theatrical releases and many other activities.

The filmmakers who organize the festival have been working on selection since autumn.  All foreign films are Russian premieres, some being world/international as well.

Criteria for selection:
1) In a word combination “documentary movie” stress falls on a “movie”.
2) There are millions ways to make a documentary, but one thing should stay permanent: it should be dramatic and interesting.
3) An image and a sound are important for docs as much as for fiction. A language of cinema consists of sounds and images, just this language tell us stories. If it is poor, no one will appreciate it.”

The Festival organizers are convinced that films about real characters from all over the world can break down old stereotypes and bring together people of polar mentalities. Finely-told documentary stories can help find ways of understanding another culture and establish common ground when realities clash. Such films can also help bring closer aspirations and hopes of other people and even find the meaning of life.

The jury is to give the following awards: