05.05.2015 Industry
Russian director Askold Kurov (a participant of Locarno-premiered "Winter Go Away", the author of award-winning "Leninland" and "Children 404") is working on a new documentary about the notorious case of acclaimed Ukrainian filmmaker Oleg Sentsov 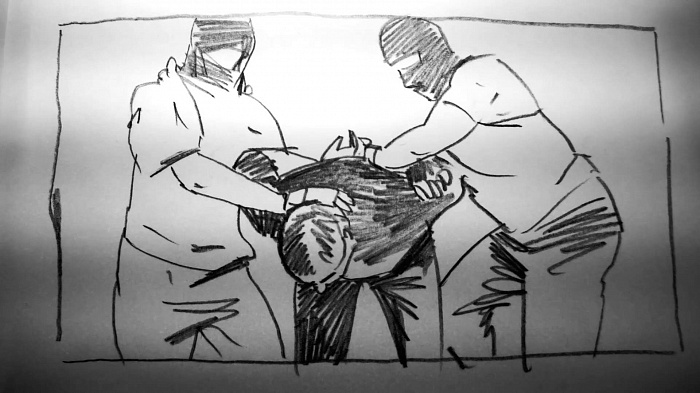 Russian director Askold Kurov (a participant of Locarno-premiered "Winter Go Away", the author of award-winning "Leninland" and "Children 404") is working on a new documentary about the notorious case of acclaimed Ukrainian filmmaker Oleg Sentsov.

"Release Oleg Sentsov: A Documentary" is currently in the production stage and is seeks for crowdfunding support at IndieGoGo - igg.me/at/ReleaseOlegSentsov. Their goal is to collect 12.500 euro.

The Russian-speaking, Crimea-born filmmaker was arrested by the Russian security service at his home in Simferopol, Crimea, on charges of preparation of terrorist attacks against the monument of Lenin. Despite Sentsov never recognized the Russian takeover of Crimea, he was claimed to be a Russian citizen and transported to Moscow, where he has been kept in jail for a year without clear charges, unable to see his adolescent children, while the date of the hearing has been postponed several times. Many believe that the accusations are politically biased and unfounded, and the evidence is far from sufficient.

The European Film Academy and dozens world-renowned filmmakers expressed their support of Sentsov: Wim Wenders, Krzysztof Zanussi, Agnieszka Holland, Aki Kaurismaki, Pedro Almodovar, Ken Loach, Mike Leigh, Volker Schlondorff, Betrand Tavernier, Andrzej Wajda, Marina Razbezhkina, Alexei German, Vitali Mansky, Alexei Fedorchenko, Alexei Popogrebsky, Boris Khlebnikov, Myroslav Slaboshpitsky and many more.
Kurov promises that the film will be an investigation of the circumstances of this case, a Kafkaesque story about the relationship between an individual and the state machine, and follows the people involved in this case and those who closely knew Oleg Sentsov.