07.05.2014
Russian documentary short film "The Eternal Light" by Vitaly Mansky was screened at Oberhausen International Short Film Festival, which took place on 1-6 May, 2014 in Oberhausen, Germany. 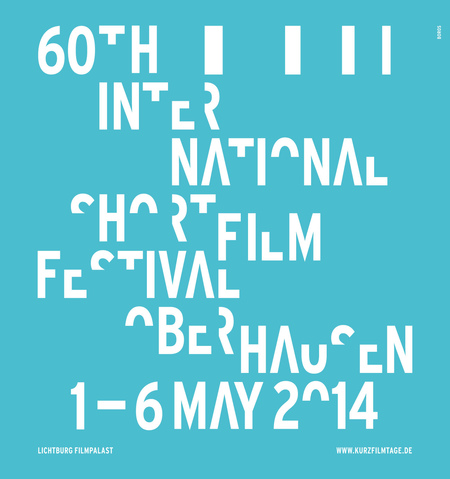 Russian documentary short film "The Eternal Light" by Vitaly Mansky was screened at Oberhausen International Short Film Festival, which took place on 1-6 May, 2014 in Oberhausen, Germany.

60 years of the International Short Film Festival Oberhausen. A brief history of the Festival

It all began in 1954, when the director of Oberhausen's "Volkshochschule" (adult education centre), Hilmar Hoffmann, joined forces with the Filmclub Oberhausen to found the first West German Educational Film Festival – the world's very first festival devoted to short film.
In his opening speech, the city clerk fervently proclaimed the two purposes of educational film: "to educate the populace and promote the welfare of our youth". This political commitment to education in the festival's early days was soon joined in 1958 by the motto "Way to the Neighbour", with its sociopedagogical and diplomatic overtones. The festival – renamed "Short Film Festival" in 1959 – soon sparked a political furor: films from the Eastern Bloc could be seen in Oberhausen, a unique feature that surely contributed to the rapid rise of the Festival and its reputation as a "mecca for short film". But not only the Eastern Bloc took part in the festival: in the 50s Oberhausen also showed works by young filmmakers such as François Truffaut, Norman McLaren, Alain Resnais, Bert Haanstra and Lindsay Anderson. At the fourth festival a total of 29 countries were already represented in the programme.
In the early 60s Oberhausen experienced its ultimate breach of convention, exemplified by the Oberhausen Manifesto proclaimed in 1962. Despite the legend, the young filmmakers, whose ranks included Alexander Kluge, Peter Schamoni and Edgar Reitz, did not really announce that "Grandfather's cinema is dead!". Instead, they declared that the old sort of film was dead and announced their aspiration to create a new era in German feature film – thus making their mark on the German film landscape for decades to come.
On the short film scene as well, the 60s were a decade of new freedom from conventions. Nowhere was this more evident than in Oberhausen, which throughout its history had constantly called the status quo into question, always remaining open to new trends. During the 60s Oberhausen showed the work of young filmmakers including István Szabó, Roman Polanski, Martin Scorsese, Agnès Varda and Werner Herzog, and also films by Stan Brakhage, Chris Marker and Dore O. The high point of the decade was the 1968 scandal surrounding Hellmuth Costard's "Besonders wertvoll", in which a talking penis criticizes the 1967 reform of the Film Promotion Act. When the public prosecutor's office objected to the screening of the film, the festival direction removed it from the official programme. The German filmmakers reacted by retracting their entries from the festival and showing them in Bochum instead. The Festival had become "its own touchstone" as Hilmar Hoffmann wrote in his festival report, and it emerged from the crisis with a revised set of regulations (including an independent selection committee and a public selection procedure for German films).
The decade's "megatrend" in the 1970s, a growing politicisation of art, was also reflected in short film. Another major theme was the women's movement – young female filmmakers like Chantal Akerman and Helma Sanders-Brahms showed their first films at Oberhausen. In 1978 the Short Film Festival launched a new section – the Children's Cinema. The 70s also saw a wave of new festivals coming onto the scene: squeezed out of the cinema, the short film found a new screening forum in the festival arena.
In the late 80s the evolution of the Festival was marked by the step-by-step integration of works on video and new media. With the cessation of the East/West conflict that had so strongly influenced the first decades of the festival, Oberhausen's role as a "window on the East" faded away. A new festival profile came to the fore, as discoverer of the new and unknown, as pioneer and mediator between short film and advertising, music videos, industrial film and art – all often summed up succintly under the generic term "avant garde".
Today, an extremely open definition of short film prevails at Oberhausen. The Festival screens short films and videos of wide-ranging formal, cultural and social origins. Large-scale special programmes have regularly explored pertinent social or cultural issues since the late 1990s: recent themes were Flatness in 2013 and Memories Can’t Wait – Film without Film in 2014 These programmes reflect the changed political attitude of the Festival as well as the multiplicity of the short form, increasingly produced in digital formats, which allows themes to be taken up in a multifaceted, trenchant and varied manner that is simply not possible with longer formats.
Over the past ten years, the Festival has also opened up for works coming from an art background, in its competitions as well as in its Profile programmes and retrospectives dedicated to individual artists. The filmmakers who showed their early films here are now joined by artists such as Eija-Liisa Ahtila, Christian Boltanski, Robert Frank, Isaac Julien, Pipilotti Rist, or Turner Prize winner 2013 Laure Prouvost.
In Oberhausen today, visitors encounter moving image art, music videos, performances, installations, discussions, seminars – and, of course, as a steady thread running through our 60-year history, the most interesting short film offerings by the world's next generation of filmmakers.