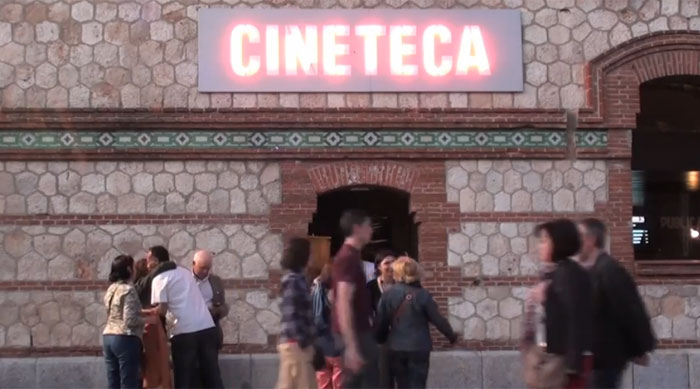 Two Russian films participate in the International Documentary Film Festival DocumentaMadrid (Madrid, Spain). The Festival lasts from 30 April to 10 May.

The Festival will show 85 films from about 30 countries. Russian films - "Victory Day” by Alina Rudnitskaya and “Conversation” by Anastasia Novikova - are competing in a short docs competition program.


Film “Conversation” is a story about Valentin Stepanovish - the last inhabitant of the abandoned village. All day long he sits and tries to phone his wife Claudia. This phone is his only connection to the outside world.

The film "Victory Day” covers the reaction of the Russian society when the Duma passed a law which is banning the promotion of non-traditional sexual relations among minors.

The Russian Victory Day Parade held on May 9 is a harsh symbol. On a day, that should be all about celebrating peace and freedom, it seems that the land of tightening laws wants to run over its minorities with tanks. On TV, people discuss burning or burying the hearts of gay people.
Victory day
Alyna Rudnitskaya, 29′, 2014, 317 Film


All winners will be announced on May 8th. During the festival’s week, the director and representatives of the Festival expect thousands of documentary-lovers. According to the director DocumentaMadrid Vicente Mozo, last year there were up to 11,000 spectators, this year the organizers hope that this number will reach 14000 people. "The main goal for us is to welcome many visitors at our screenings,” he said.