International Documentary Film Festival DocPoint has been taking place in Helsinki, Finland since 2001.
Since 2010, the parallel screenings have been arranged in Tallinn, Estonia.
It has become one of the largest documentary events in the Scandinavian countries.

In 2014 an extensive program of DocPoint will include 3 Russian films: 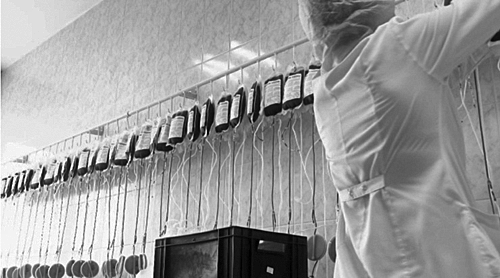 
An old, beat-up minivan with a red cross on the window is driving around the Leningrad Oblast. It is a Russian “bloodmobile” that sets up a makeshift blood donor station in various public buildings. The minivan is manned by a team of seven people: a driver, a cashier, a doctor, three nurses, and a nurses’ aid. This group drives all over the region buying blood from local people. Blood donations are worth 850 Russian rubles, which is equivalent to approximately 20 EUR. For some people in Russia today going to give blood is the only way to make money.
Blood is its own bizarre metaphorical litmus test. The merry-go-round of life shown through people and their blood. They give blood, and they receive it…
A metaphysical trip into the deepest reaches of Russia.

Around the turn of the twentieth century, photographer Maxim Dmitriev made a series of photo-portraits surveying the social types and occupations of the Russian Empire. He photographed various social groups, including workers, peasants, homeless people, courtesans, priests, and the upper classes in Nizhny Novgorod and its neighborhood. Taking his large prints to the sites where they were originally made, the film observes today’s inhabitants from all walks of life, from those living in a shelter, to workers, peasants, doctors, Old Believers, and striptease dancers, gazing at their counterparts from the previous century. Willingly joining this game, those filmed appear increasingly drawn to the world they imagine in the photographic traces, asking themselves the poignant questions, "how different are we?" and "how has our life changed since the last century?" 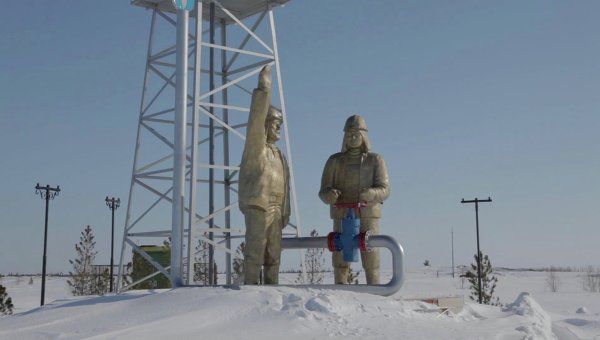 Pipeline is a film about modern Europe, about two of its edges, or to put it more precisely – two of its extremes. This is a film about Europe, which spans from the barren land of eternal winters of Siberia to the complaisant Bay of Biscay, where even the laws of nature form fundamentally different paradigms of human existence. What can possibly connect such ostensibly different lives? Tangibly, it does so through the pipeline "Western Siberia – Western Europe". The pipeline has, however, not only connected but also inextricably verged "this" Russia with "that" Europe.